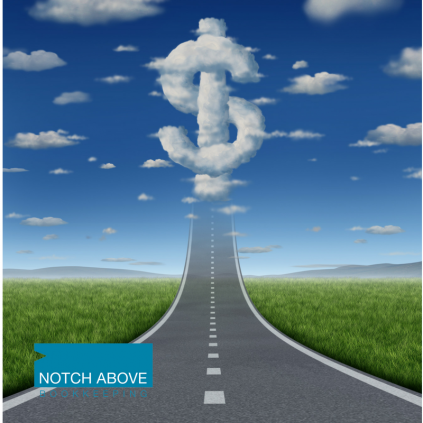 This was ahead of the latest COVID-19 restrictions in New South Wales, Victoria, and South Australia.

The data — released by Xero — is based on aggregated and anonymised transactions from hundreds of thousands of small businesses. It examines the health of Australia’s small business economy from the Xero Small Business Index.

The Index grew 12 points to 144 points in the months leading up to the restrictions, reaching its highest level since January 2017. It’s also the sixth month in a row that small firms have outperformed the national average.

“This is despite June’s data capturing the bulk of Victoria’s fourth lockdown.”

The agility and resilience of the small business sector were most evident in the strong growth in sales, hitting a three-month high.

“Recognising the series of significant events that have transpired since June, we will be looking to our July metrics to understand how the return of lockdowns in three states has truly impacted the small business economy’s recovery.”

The rise in June was largely supported by a 2.9-day fall in time to be paid, which is now at a record low of 20.1 days, and strong sales growth despite stay-at-home restrictions being in place in Melbourne for the first 11 days of June and in Greater Sydney.

This is only the second time since tracking began in January 2017 that this metric has dropped below 23 days.

The substantial drop in payment times corresponds to the end of the Australian financial year.

New Zealand and the United Kingdom both saw a similar drop in payment times at the conclusion of their fiscal years in March.

Both countries’ gains were then reversed in subsequent months’ data, so Australia will have to wait until July’s results to see if the pattern continues

Sales in small businesses, after adjusting the annualised two-year growth, increased 10.7 per cent year-on-year. This is a significant increase from May 2021 sales growth of 6.3 per cent on an adjusted basis.

The sales performance came despite stay-at-home restrictions in place in Melbourne for the first 11 days of June and in Greater Sydney from 25 June.

Victoria recorded the slowest sales growth of the states, rising 9.3 per cent year-over-year on an adjusted basis.

News South Wales had not yet been impacted by the Greater Sydney lockdown with sales up around the national average of 10.6 per cent year-over-year.

Across Australia, small business jobs rose 4.3 per cent year-over-year on an adjusted basis in June 2021, with the Melbourne lockdown in early June putting the brakes on jobs growth.

Meanwhile, the Australian Bureau of Statistics said that in June 2021, 27 per cent of businesses reported having difficulty finding suitable staff to fill jobs and almost one in five businesses did not have enough staff based on current operations.

As per the study, wages in small businesses, as measured by average employee hourly earnings, rose 3.4 per cent year-over-year.

After adjusting for the effect of the low result in June 2020, the wage increase was 2.7 per cent year-over-year, exactly the same as it was for May and still down on the pre-pandemic pace of growth of around 3 per cent.

Notch Above Bookkeeping has your business up and running with Xero quickly and accurately. We can help you install the software, configure your security settings, import your business data (chart of accounts/suppliers/debtors/employees) as well as set up your invoicing, payroll and taxation requirements. We also provide advice on the best Xero package for your needs.

Contact us to get Xero, the world’s easiest cloud accounting system setup and working for your business on 1300 o15 130 (Australia-wide).